What are you looking for?

Tell us what you're looking for...
Want to Run Your Own
My Guide Website?
Find Out More

Exploring the Forts of Nassau with Children

The forts of Nassau remain in impeccable condition having never fired a single gun in battle.

The forts and military installations in New Providence and throughout The Bahamas formed such an insurmountable defence system in Colonial days that potential invaders were discouraged for attacking the Bahamas. These forts never fired a single gun in battle and remain in impeccable condition. The grounds are perfect playgrounds for children to explore; the history is the stuff of legend and child fantasy.

A dry moat surrounds Fort Charlotte and is spanned by a wooden bridge on the north side. This is the largest fort in New Providence, with lots of gounds to explore and feed your child's hunger for adventure. At the highest point, the view of the Nassau Harbour is Instagram worthy. Stare down the barrel of a canon as you examine it close up and tour the inside of the fort as you learn its history. Fort Charlotte was constructed during the governorship of Lord Dunmore and was named in honor of the wife of King George III. There are actually three forts at this sight built over the span of 1787 and 1819: Fort Charlotte, the eastern section; Fort Stanley, the middle section and Fort D’Arcy, the western section. In the 2013, Fort Charlotte staged its first reenactment and historic weapon firing ceremony, which is expected to continue on a regular cycle in the New Year.

Fort Fincastle and The Queen's Staircase

The 1793 Fort Fincastle on Bennett’s Hill is a sister attraction to the Queen's Staircase. Built in the shape of a paddle steamer, the striking structure once had almost 70 cannons mounted on its perimeter, including a short barrel Howitzer cannon. It served as a lighthouse until September 1817 when it was replaced by the lighthouse on Paradise Island. It was subsequently used as a signal station.
Fort Fincastle sits at the head of The Queen's Staircase: Here children can learn about the enslaved Africans who carved 65 steps out of solid limestone in the late 1700s. The 65 steps in the 102-foot staircase are said to represent the 65-year reign of Queen Victoria. The steps were originally constructed as a protected way for soldiers to reach the hilltop Fort Fincastle. Nowadays The staircase is a great way to reach other Nassau attractions, including Bennett's Hill, Gregory's Arch, the Graycliff Hotel, and other popular visitor sites. Bahamians use the steps in the mornings and evenings for their daily exercise regimes. 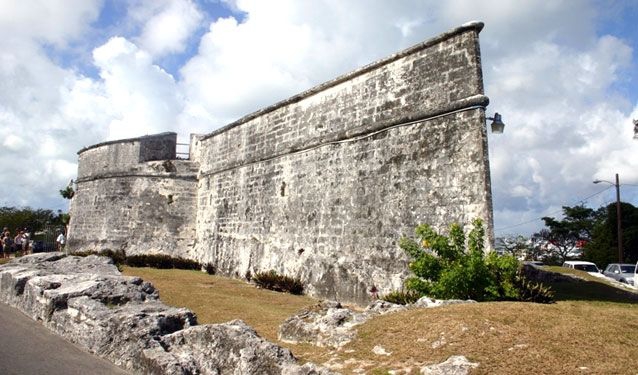 Fort Montague is the smallest of the main forts in Nassau and the only one located directly on the coast. Sitting on an active public beach, Fort Charlotte is also the only unmanned fort. Unlike Fort Charlotte and Fort Fincastle, which both have administrations that coordinate tours and develop the sites as attractions, Fort Montague stands all on it own. Unattended but commanding nonetheless. The fort was built between 1741-42 by Peter Henry Bruce, an engineer, during the governorship of John Tinker. It was built of locally cut limestone and named after the Duke of Montague. A sea battery, northeast of the fort located today on Potter’s Cay, was called Bladen’s Battery for John Bladen, son of Governor John Tinker. The fort and Bladen’s Battery were finished in July 1742 and mounted with 17 cannons. Originally, the fort contained a rainwater cistern, barracks for officers and soldiers, a guardroom and powder magazine. 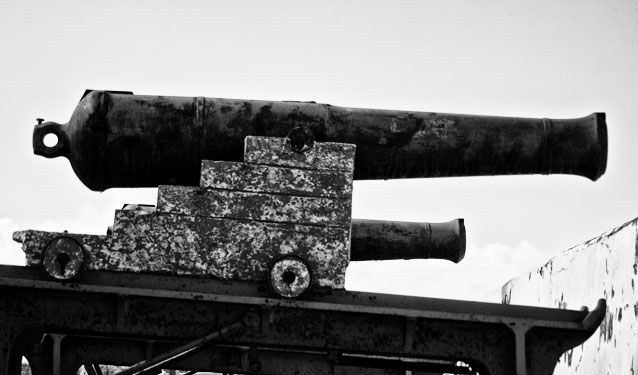