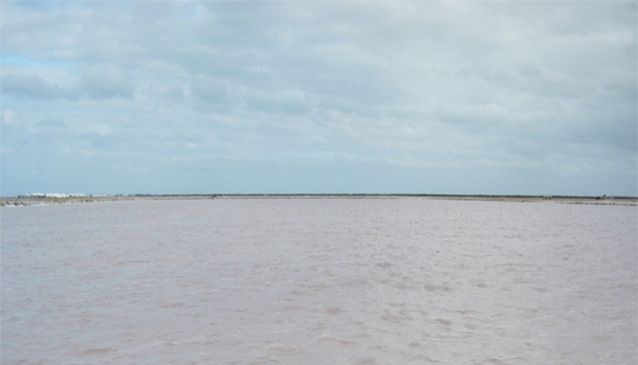 Salt was the white gold of Rum Cay, driving the economy and providing jobs for the population of the island which at one time swelled to 5,000 people.

During the 19th Century, the salt pond, which is located just east of Port Nelson comprised nearly 650 acres. Two canals fed the pond from the ocean and workers regulated the flow of water and drained the pond with gates situated in each canal.

During that time, Rum Cay was the second most important salt producing island in the Bahamas. However, high import tariffs on the importation of salt into the US in the late 19th century put an end to the the islands industry.

Today, salt is still raked from Salt Pond in small quantities and only for local consumption.

They say a day at Salt Pond will give you an invigorating, therepeautic experience you can't find at a spa. The mud at Salt Pond can be used as mud therapy to exfoliate the skin.