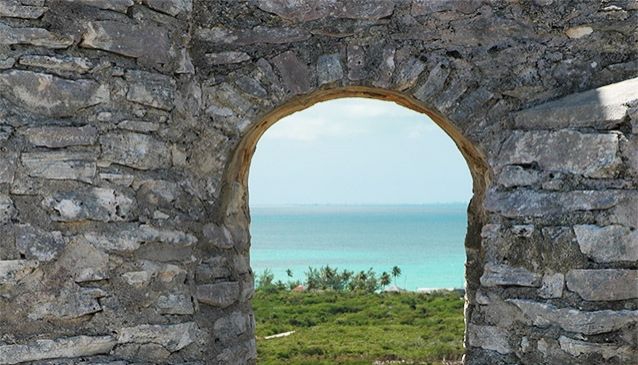 The last surviving example of a typical cotton plantation in The Bahamas at the The Hermitage, a 970-acre plantation and the oldest building in the Exumas.

The remains of Cotton House, which dates back to the late 18th century, lies inside the settlement of Williams Town.

The plantation, was established by Loyalists who left the United States during the American War of Independence between 1775 and 1783 to remain loyal to the British crown.

By the mid 19th century, the cotton plantation at the Hermitage was no longer economically viable and was put up for sale. Wild cotton still grows on the property, a reminder of its former years.

The Hermitage Plantation still exudes a unique history that is featured in several tombs, an old kitchen house, and former slave quarters.

A must see for visitors. A Local guides will be available to show you around and direct you to other points of interest.