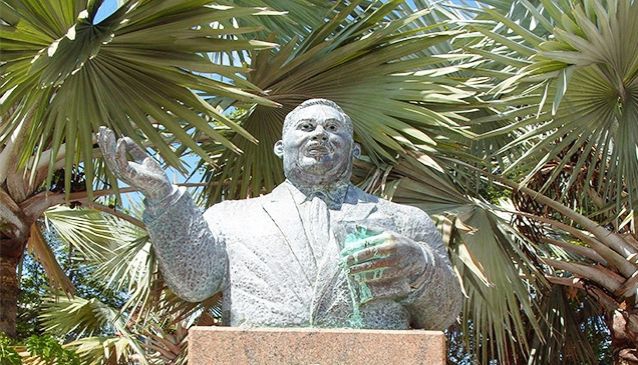 Rawson Square commemorates prominent members of Bahamian society. The square is most famous for its bronze bust of Sir Milo Butler - the first Bahamian Governor General and a prominent politician in the years leading up to and following Bahamian independence.

In addition to his political activity, Sir Milo is known for being one of Nassau's most distinguished merchants and one of the nation's founding fathers. In 1956, he demonstrated his passion for the development of the country when he threw the hourglass belonging to the Speaker of the House of Assembly out of the window in protest against the government's time limit on debate speeches.

Rawson square faces Bay Street, and, with a grassy, green park at the rear, it is a popular space for cruise ship passengers and downtown shoppers looking for a place to rest. Located between the Prince George Wharf and Bay Street, the multifunctional square has also become a regular meeting place for guided walking tours.