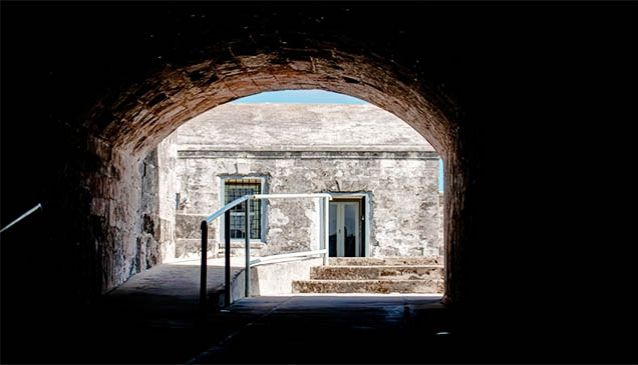 The largest of Nassau's three forts, Fort Charlotte, is arguably the most impressive; built in 1788, the defence structure boasts a moat, multiple dungeons, underground passages, and 42 cannons.

Known widely as Fort Charlotte, the structure is actually composed of three individual forts - Fort Charlotte, which composes the fort's eastern section, Fort Stanley, which makes up the citadel's middle section, and Fort D'Arcy, the western section. Construction of the amalgamation began in 1787 and was completed in 1819.

Fort Charlotte was named after Queen Sophie Charlotte (King George III's wife).  The grounds look out over Nassau's harbour and cover over 100 acres of land.  Like its sister, Fort Fincastle, none of the fort's cannons have ever fired a shot at an enemy, as they have never expereinced a battle.

Located one mile west of downtown Nassau, the citadel is easily accessible by walking or taxi. Admission fees range from two to five dollars, and guided tours are readily available for a small donation.