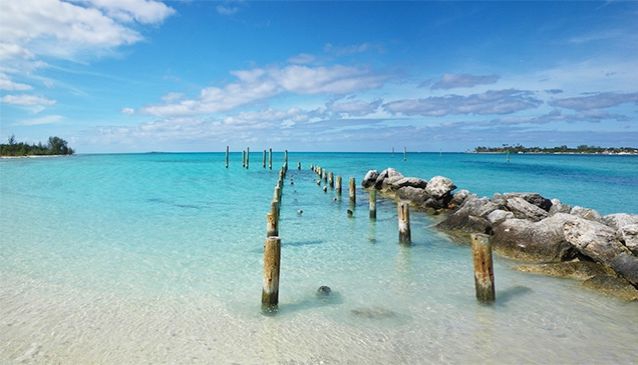 Though it was only recently named a national park in 2004, the Clifton Heritage site has long received recognition as one of the country's most important historical and environmental sites.

Located in southwest New Providence, the park marks the former site of plantations owned by slave owners John Wood and William Whylly. Its structures date back to the eighteenth and nineteenth centuries and include remnants from what is known as The Great House - the masters' house, the Stone Steps - a passageway leading from the plantation to a small wharf, and slave quarters.

The grounds have also played a significant role in more modern times; one of the park's beaches - known widely as 'Jaws Beach' - served as the location for several scenes in the film, Jaws: the Revenge.

Recently a sacred space has been formed at the park. Using the trunks salvaged from the removal of invasive Casuarina trees, local artists Antonius Roberts and Tyrone Ferguson carved a group of regal feminine figures looking out onto the ocean and providing a sense of tranquillity.

The park offers the opportunity to take nature walks and guided tours, and is a popular hub for bird watchers.