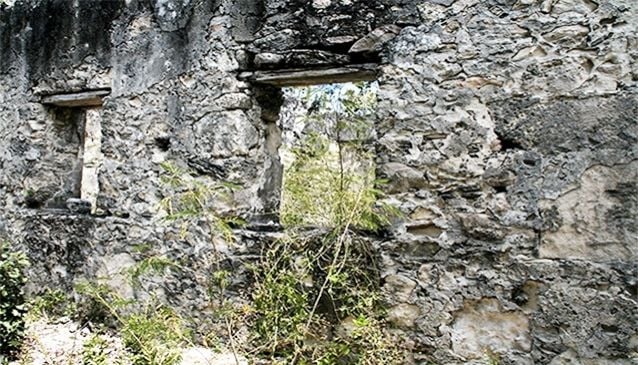 Directions to The Marine Farm

As you walk gingerly through Acklins' Marine Farm, stepping over the rusted cannons and rocky ruins of the old British fort constructed to protect the area from seagoing marauders and invading Spaniards, you can almost hear the sounds of the battle between guardsmen and pirates who sacked the fort in 1812.

The once proud cannons still bear the crest of George IV and lay on the limestone remains of the fort. George IV's legacy is a mixed one.

Because of George IV's legendary style and manners the king was described as the 'First Gentleman of England'. However, also legendary was his propensity for laziness and gluttony.

Located on the west coast of Crooked Island, a mile northeast of Landrail Point, The Marine Farm also hosts the remains of a plantation house and kitchen.

The Marine Farm is now a part of the Bahamas' national park system and managed by the Bahamas National Trust.