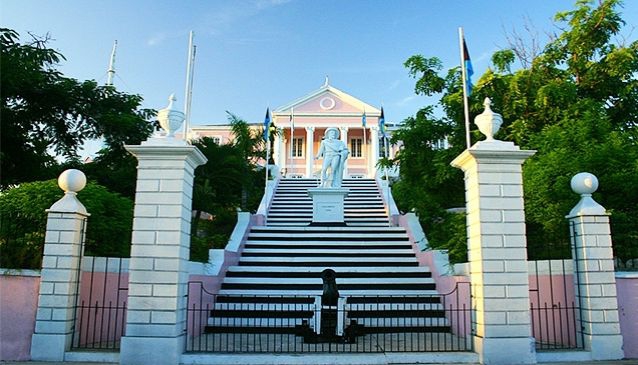 At the top of Mount Fitzwilliam, looking out over Nassau city and harbour, stands an impressive pink and white mansion, where the Queen's representative, the Governor General, resides. Known as Government House, the structure rests on a 10-acre estate and can be found on Duke Street, in downtown Nassau.

Built in 1801, the building pays homage to the country's colonial history; remnants of the nation's British past can be found in the Changing of the Guard ceremony, which takes place every other Saturday of the month at 11:00 a.m. A statue of Columbus stands guard at the front of the house. Imported in 1830 by Governor James Carmichael Smythe, the effigy reminds visitors and locals of the explorer's landfall at San Salvador island.

Visitors can view the house and the Changing of the Guards externally. Those wanting a closer look are invited to a public tea party hosted by the Governor General's wife on the last Friday of every month from January to June.