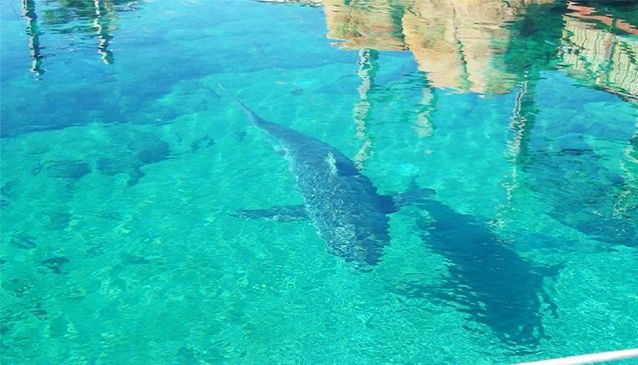 If you have the hankering to tempt fate and do something really exciting when you are on Grand Bahama Island, head down to Tiger Shark Beach, where you can swim with a species of shark with the not-so-flattering nickname of, 'garbage can of the sea'.

Tiger Sharks obtained the moniker from their habit of swallowing anything that comes in their path, from rubber tires to license plates. Stuart's Cove, is the best-known dive excursion operation of the Bahamas.  Stuart's Cove conducts a dive with Tiger Sharks and Lemon Sharks expedition in a high-speed dive boat.

It is truly remarkable to get up close and personal with these impressive creatures. Encounters with Tiger Sharks are becoming increasingly special, when considering the fact that they are a threatened species due to finning and fishing in other parts of the world.