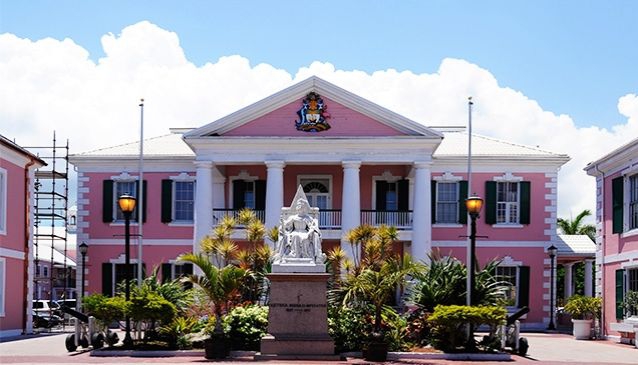 Though filled with impressive architecture, shops, and galleries, nothing on Bay Street stands out quite like Parliament Square. Flanked on three sides by pastel-pink buildings, the square marks the meeting places of the House of Assembly and Senate and the office of the Leader of the Opposition.

Built in the 1800s, the buildings evoke memories of the country's British influence. Their architecture is quintessentially colonial, complete with tall columns and corner quoins. In 1905, a statue of a young Queen Victoria was erected in the centre of the Square, facing Bay Street and the harbour.

The square has seen some of the country's most memorable uprisings, including that which took place on  27 April, 1965, when Sir Lynden Pindling, Leader of the Opposition, defiantly threw the Mace - the symbol of authority for the Speaker of the House of Assembly - out of the House's window in efforts to move the country toward a voting system of majority rule.

Visitors and locals with an interest in political affairs and law-making are welcome to visit the Square and watch a parliamentary debate when the House of Assembly is in session.