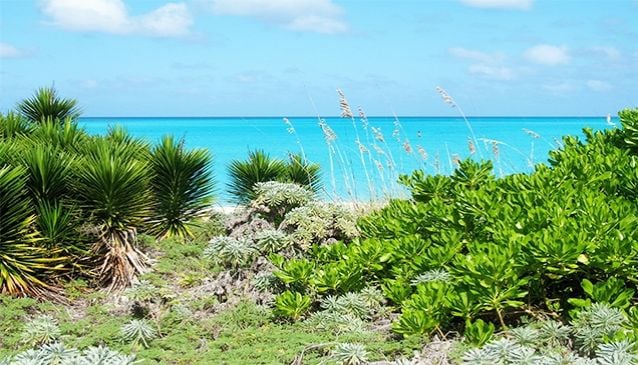 More than 500 years ago, The Nina, Pinta, and Santa Maria appeared on the shores of San Salvador, carrying with them the Italian adventurer Christopher Columbus, whose arrival in the western hemisphere  changed the course of world history.

San Salvador is officially recognised as the first site of landfall for Christopher Columbus in the New World, although many other islands believe they should be afforded that distinction.

To commemorate Columbus' landfall, a tall white cross marks the spot on the beach where it is believed he first set foot. It stands proudly in Landfall Park, a ten-acre site, rich in archaeological artifacts.

If you grab your snorkel or scuba gear and swim a few yards off the shores of Landfall Park, you will be able to see a monument placed on the floor of the ocean that marks the exact spot where his ship dropped its anchor.

Very near the cross is the Mexican monument, which housed the Olympic flame in 1968 on its journey from Greece to Mexico City. The flame, brought from Greece by ship, was placed in the monument before it was taken to open the games.

There are a number of other monuments on the island gifted to the Bahamas from Spain and Japan, as well as one commemorating the 1892 World's Fair, held in Chicago in honor of Columbus' landfall.

In addition to these wonderful monuments, the beach provides an excellent setting for swimming and scuba diving. Not far away is a reef with a 40-foot drop off.