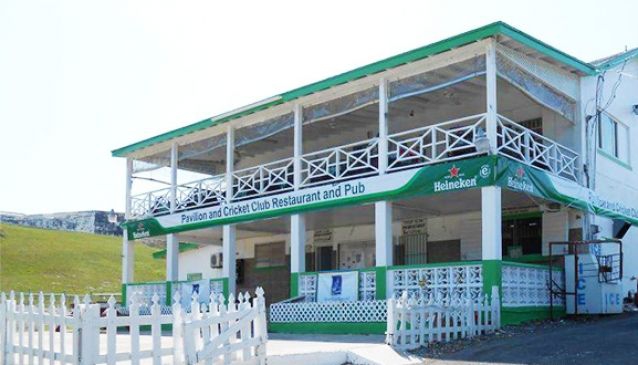 The Cricket Club, open seven days a week for breakfast, lunch and dinner, is a Restaurant and Pub serving mainly British and Bahamian dishes. It is well known for screening live sporting events, which can be viewed on one of its many televisions while you chow down on some delicious food or drink a cold beer. It is located just about a half a mile west of Downtown Nassau, The British Colonial Hilton Hotel, and the cruise ship harbour.

The club's balcony provides the best seat in the house to watch live cricket matches.  It is also a comfortable place to admire the cruise ships entering and leaving the port.  The Cricket Club's specialties are: British Breakfast, Bangers & Mash, Roast Beef, and Yorkshire Pudding. At the bar you will find beers like Stella Artois from Belgium, Becks, Murphy's Guinness, Boddingtons, and Newcastle Brown.

Create & Share your own Guide to Bahamas with friends and family!

Add your recommended places to visit by browsing the website and pressing the icon.

We Are Part of the My Guide Network!